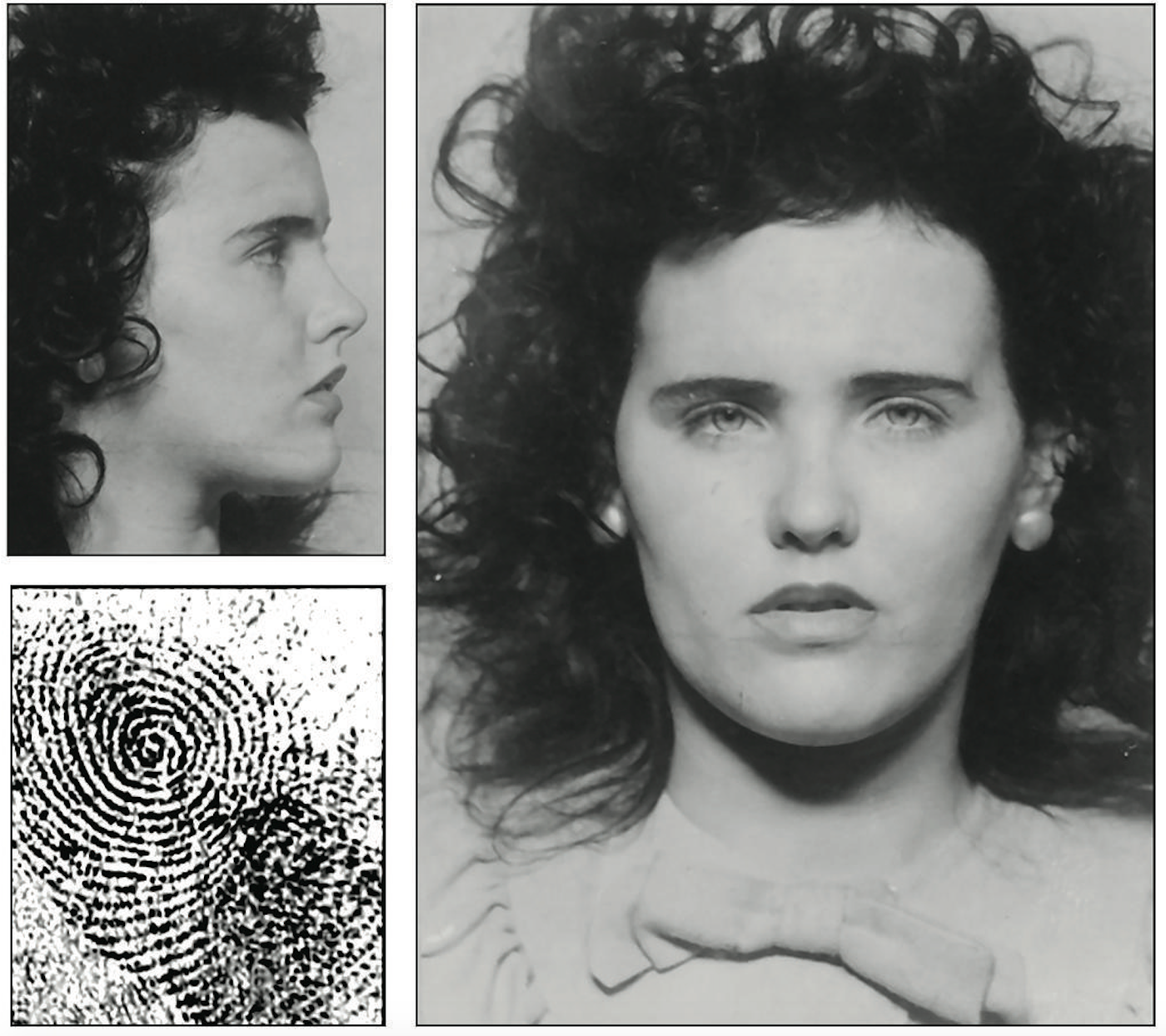 When I first heard the name “The Black Dahlia”, it was in reference to the 2006 film. Based on critiques I heard from other students, I inferred only that it was an uncomfortably explicit movie about an actress who was murdered. It wasn’t until years later, when I looked into the real story, that I realized she wasn’t a Hollywood starlet like Vivien Leigh or Elizabeth Taylor. I’d assumed she was someone already famous before her death—after all, why would people care enough to make a film about her decades later?

On January 15th, 1947, a body was discovered in a vacant lot by a woman taking a morning walk with her daughter. The too-pale, disjointed figure near the sidewalk looked initially to Betty Bersinger like a mannequin. A closer inspection revealed something that would become one of the most publicized mysteries in Los Angeles history.

Elizabeth Short, last seen at the Biltmore Hotel a week prior, was lying in the grass, unclothed and severed at the waist. Despite her body being cut in half and badly mutilated, there was no sign of blood. Most notable of all were the two deep cuts that ran from the corners of her mouth to her ears, giving her a gruesome smile that has influenced media, artists, and conspiracy theorists for decades since.

Her identity was discovered swiftly through fingerprinting. The FBI had two files in their collection—one from when Elizabeth had applied to work at an army base commissary, and another when she was arrested seven months later for underage drinking. The LAPD distributed her mugshot to the press, in hopes to identify where she had been during the missing days before her body was discovered. Despite many promising (and even more false) leads over the following months, it was a mystery that would not be solved.

Dr. Frederick Newbarr, LA’s Chief Autopsy Surgeon, worked on numerous major cases, including the death of Universal Studios costume designer, Vera West. He concluded that Elizabeth died from “hemorrhage and shock due to concussion of the brain and lacerations of the face.” The rest of the horrible abuse had been inflicted post-mortem, including a tic-tac-toe style grid carved into her hip, and flesh removed from her left leg.

From the beginning of the investigation, there was significant attention given to Elizabeth’s appearance. A bulletin posted by the LAPD described her as “very attractive” and stated she’d been last seen wearing a “black suit…white fluffy blouse, black suede high-heeled shoes…white gloves…and carrying a black plastic handbook.”  They also felt the need to throw in that she “readily makes friends with both sexes and frequented cocktail bars and night spots.” This was more than enough to inspire newspaper outlets.

They painted Elizabeth alternately as a sex worker who appeared in pornographic movies, and mysteriously beautiful aspiring movie star, who always wore black dresses. Her own acquaintances were only too eager to comment on her love life, youthful demeanor, and coquettish personality. None of this helped the police in their search. But, it was what the people wanted, which meant it sold newspapers—and eventually films and books.

It’s unclear where the official moniker for the case arose from originally. Aggie Underwood, a reporter for the Herald Express and one of the few journalists who actually seemed to care about finding the truth, claimed people at a neighborhood drugstore called Elizabeth “Black Dahlia.”  Other sources point to a noir murder mystery film that was popular at the time, The Blue Dahlia. Whatever the case, the name stuck.

The public was obsessed. Elizabeth, or rather, Elizabeth’s corpse was interesting and terrifying and exactly what people wanted to read about in the newspaper. And, bizarrely, the sort of crime for which people wanted credit. More than 50 people confessed to her murder, and even more tried to give tips that they’d seen her during her “missing days”.

Aggie interviewed one of the first suspects, a man named Robert “Red” Manley, who had stayed with Elizabeth in San Diego, and he had driven with her back to Los Angeles on January 9th. According to Red, he had shared a platonic night at a hotel with her, as a self-test for his own fidelity with his wife, and dropped Elizabeth off in front of the Biltmore the next day—at her own request. He was reluctant to leave her alone, but she insisted she would be okay.

Red was eventually dismissed as a suspect, as well as dozens of other potential killers. The police began with more than 100 and slowly whittled that number down, but because of the media’s sensationalized coverage of the murder, and the numerous false confessions, it was all but impossible to develop an accurate pool of suspects.

One of the most famous—and controversial—was George Hodel. If you’re familiar with the case, you know him to be the volatile doctor whose backyard tested positive for human remains, though not Elizabeth’s. He was thoroughly investigated and deemed not a suspect, but his own son has made a career off of insisting his father was not only Elizabeth’s murderer, but the true identity of the Zodiac Killer, as well.

Steven Hodel represents an entire legacy of true crime stories inspired by Elizabeth. Her death is one of the most influential mysteries in U.S. history, and it’s easy to see why. She was beautiful, young, and according to the people who knew her, a little wild. A free-spirited girl from Boston, she’d moved west in search of a new life. Popular myth claims she had dreams of becoming a Hollywood actress, but there is no evidence she ever pursued a career in the film industry. More than likely, she was simply trying to find her way in the aftermath of World War II, like many other young people at the time.

The Black Dahlia’s murder is unquestionably fascinating, and people can’t be blamed for fixating on the mystery surrounding Elizabeth’s life and death. The very public place where her exsanguinated body was carefully arranged, the Glasgow smile, bludgeoned face, and post-mortem abuse. How could rumors and speculation not spread, taking a tragic death and transforming it into a nationwide obsession?

But when the damning headlines and lingering myths are drawn aside, we’re left with an unlucky young girl, barely out of her teens, with no home of her own, and no true friends. She was an easy target for someone who wanted exactly what he got—the attention of the world, and immortality through an unforgettably disturbing crime.

Everyone wanted, and still wants a piece of Elizabeth Short—from newspapers and murder mystery books, to conspiracy forums and Top Ten Unsolved Crimes videos. This includes the 2006 film mentioned above, which I begrudgingly watched before writing this.

I’m not sure what I expected, but an attempted noir film based on a fictionalized novel written in 1987 it was not. Instead of focusing on Elizabeth’s life and demise, The Black Dahlia tells a dramatic story of a detective whose partner falls deep into the investigation, to the point of tragedy. There are some confusing plot details regarding 1940’s crime and political corruption, but overall, the film depicts Elizabeth as a histrionic failed actress, who ends up in cringy adult films and is eventually murdered by a drunken socialite. At least the credits include a too-late disclaimer that the story and main characters are fictional.

The one valuable thing The Black Dahlia film achieves is to reflect on how Elizabeth’s murder became bigger and more impactful than Elizabeth herself. It consumed the police, the media, the public, and eventually writers and filmmakers who would take the bits they liked and spin them into an exciting, racy narrative. Who cares what’s accurate if it sells? The result is a maddening amount of misinformation and blatant falsehoods that started from the days following Elizabeth’s discovery to modern times.

Elizabeth Short was buried in Oakland, California’s Mountain View Cemetery, where she remains today with no resolution and no accountability for her death. She wasn’t Vivien Leigh or Elizabeth Taylor, or a mysterious woman in black. She was a 22-year-old girl who wore flowers in her hair and hoped to find love and purpose in the big city. Instead, she became a victim of a sadistic killer who got away, a headline-sensation and, eventually, inspiration for a weird pseudo-noir movie starring Josh Hartnett and Scarlett Johannson. 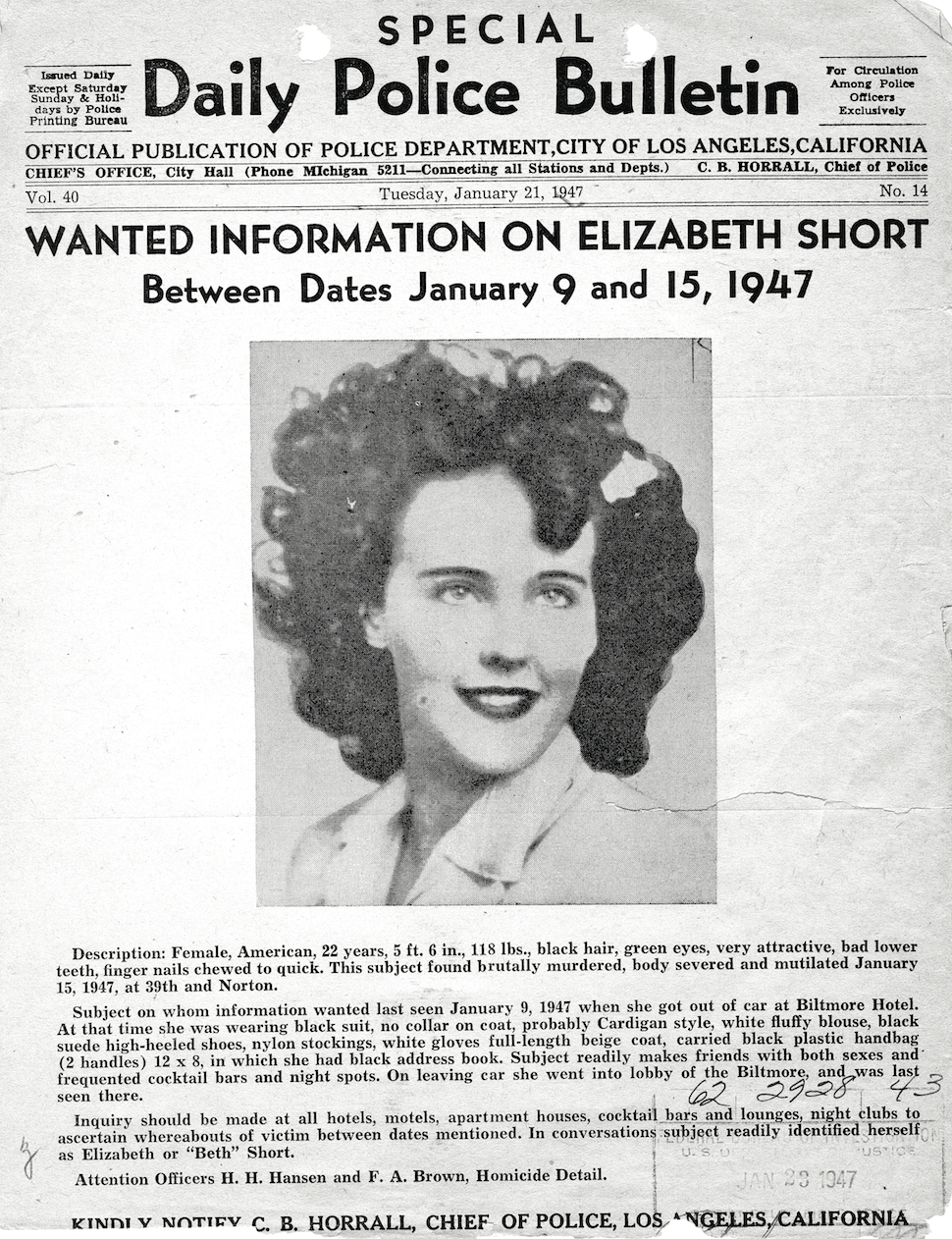